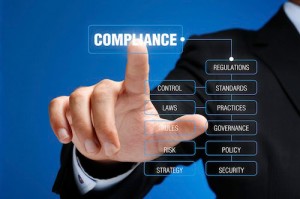 After a landmark vote on February 26, The Federal Communications Commission officially classified Internet providers as public utilities. The new net neutrality rules were approved 3 to 2 among party lines. The rules ban high-speed Internet providers, such as Verizon, AT&T, and Time Warner Cable, from blocking websites, slowing down content from particular sites, or selling-off faster traffic speeds to the highest bidders. The possible threat to small to medium businesses is the potential restricted access to broadband. If Telcos and carriers are able to charge extra for faster Internet service, smaller businesses could be at risk for paying more for faster speeds. Businesses using broadband for teleconferencing, streaming, collaboration, SaaS applications, and even backup and disaster recovery, could be looking at higher price tags for everyday business needs.

The Argument for Net Neutrality

Proponents of net neutrality argue that a fast, fair, and open Internet is a basic right. Net Neutrality has always been a big platform for President Obama, and in November, he called for the strongest possible regulations over cable and telecom companies. FCC Chairman Tom Wheeler explained: “The Internet is simply too important to allow broadband providers to be the ones making the rules.”

On the other hand, some cable companies, telecommunications companies, and lawmakers contend that the move is an overreach of government intervention. They also feel that online companies, such as Netflix and YouTube, who monopolize a lot of web traffic, should have to share in the cost of expanding and maintaining the channels that deliver Internet content to consumers.

The Future of the Internet

Although the vote has taken place, this is not the end to the Net Neutrality debate. As regulations and the precise language of the FCC’s rules become published in the Federal Register and become made to the public, Internet providers will have several weeks to take legal action. Many major companies have already threatened to sue the FCC. In the mean time, consumers should not see any immediate changes to what they see on the Internet, and no added federal taxes or fees will be placed on Internet service providers.